Severn Trent is trialling the use of ozone disinfectant to create bathing rivers in the UK in a move that could help revolutionise the future of wastewater treatment. In what is believed to be a UK first, ozone treatment will be used to improve the health of rivers in Warwickshire and Shropshire. An extract from the company’s news release is below. 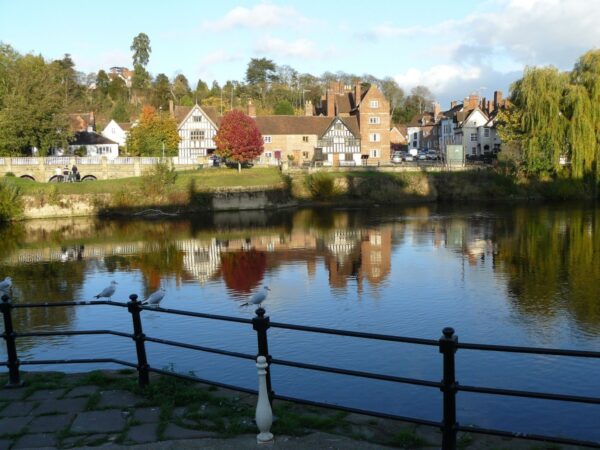 ‘Despite rivers in the Severn Trent region being the healthiest they have ever been, the trial of this pioneering technology will further help bolster the company’s commitment to cause no harm to rivers by 2030.

Ozone wastewater disinfection technology works by cleaning waste water to the highest possible standard, before being returned to the river in its most natural state.

It is hoped that the trial will help shape the future of wastewater treatment across the industry, and the UK more broadly, as this technology may also eliminate pharmaceuticals and personal care products can be found in wastewater.

Severn Trent will be installing ozone treatment at three waste treatment sites in Warwickshire and Ludlow. It will be part of its £78m Bathing Rivers project which involves improving over 50km of river and executing the industry’s largest monitoring programme that will benefit the River Leam, Teme and Avon. The trial will also reinforce the company’s commitment to Get River Positive by ensuring 90% of people in the Midlands live within an hour’s drive of a bathing water site by 2030.

This is part of a broader water industry focus on further reinforcing the UK’s position as a leading European country on river quality. According to European Environment Agency and drawing on measures included in the EU’s Water Framework Directive, such as levels of phosphate and nitrates, the UK sits ahead of countries including France, Germany and The Netherlands when it comes to river health. This reflects the higher levels of treatment and contaminate removal at UK wastewater treatment works versus European peers.’

The full news release from Severn Trent can be read here.